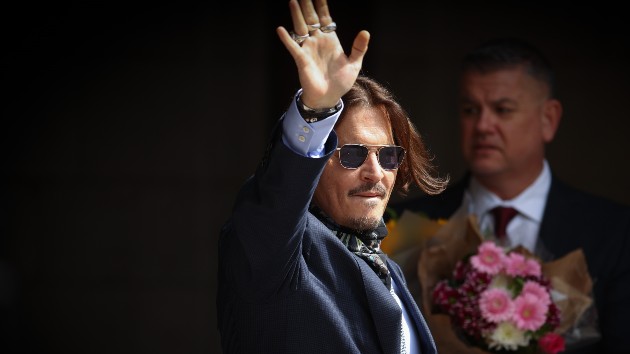 Just as they allowed fans to take sides in the drama between Pete Davidson and Kanye West, some Starbucks employees let customers vote in the ongoing defamation case between Johnny Depp and Amber Heard.

A TikTok set to the Pirates of the Caribbean theme has gone viral, showing one of the coffee establishment’s drive-thru windows in Los Angeles, which was festooned with one tip box labelled “Johnny Depp,” and another in the name of his ex-wife.

And while tip box results aren’t legally binding, Depp is winning by a landslide: His box is stuffed with bills, while Amber Heard’s is empty.

“One for Johnny!” an enthusiastic passenger says, as the driver of the car makes their vote count by instructing a barista to add a buck to his box.

“Oh my God,” the passenger comments, as the camera focuses on Heard’s empty box.

“Send me a Venmo and I’ll go back to put a tip in there for ya,” commented the video’s poster, @summer-canova.

As of late Friday morning, the video had been viewed more than 585,000 times.