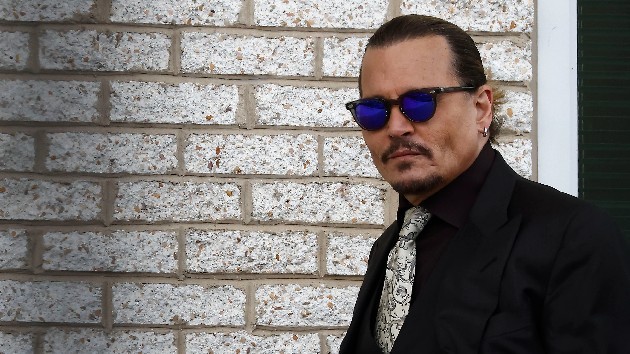 Johnny Depp took the stand again Monday in his defamation trial against his ex-wife Amber Heard.

His testimony began with Heard’s attorney J. Benjamin Rottenborn continuing to grill him, before Depp’s own lawyer, Camille Vasquez, let him tell his side of the story on redirect.

Last week, Rottenborn tried to contrast Depp’s living up to the “standards of a Southern gentleman” with his texts to actor Paul Bettany, in which Depp said, “Let’s burn Amber,” and another that followed, “Let’s drown her before we burn her.” Those resurfaced again in court Monday.

Rottenborn also read a slew of headlines about the state of Depp’s career, essentially trying to debunk Depp’s claims that Heard’s Washington Post op-ed, in which she obliquely accused him of domestic violence, hurt his career.

Rotttenborn even intimated Depp cut his own finger off, not the vodka bottle Heard allegedly threw at him, based on an apparently sarcastic text he made to his doctor.

Later in the morning, Depp told his own lawyer reading the op-ed, was, “A blinding hurt. It was like somebody hit me on the back of the head with a two-by four.”

The actor later admitted his texts to Bettany were “…never intended to be real,” though said he was “ashamed” the messages were made public. He explained the texts were references to Monty Python and the Holy Grail’s “burn the witch” scene, as he and Bettany shared the same “dry, obtuse, abstract” humor.

Depp called Heard’s relationship with WandaVision star Bettany “abominable,” saying, “Ms. Heard despised Mr. Bettany, mainly because we had become such close friends…he had become a threat, and would take me away from her.”

Depp also testified he learned he was dropped from Disney’s Pirates franchise days after the op-ed was published.

“I put a lot of myself into the character. And also having worked on these films with these people,” Depp said, “…I didn’t understand after that long relationship, that successful relationship, all of a sudden I was guilty until proven innocent.”

Asked to explain other texts Heard’s lawyers had previously quizzed him on, regarding his state of mind at the time, Depp said Heard used the same psychological “abuse” his mother did when he was a child.

“When you’re being demeaned, berated, judged, and treated like a lesser animal….’I’m a bad father.’ These things were endless,” he said. “There was no call for them. It’s hard to understand how someone who’s supposed to love you could be that cruel.”