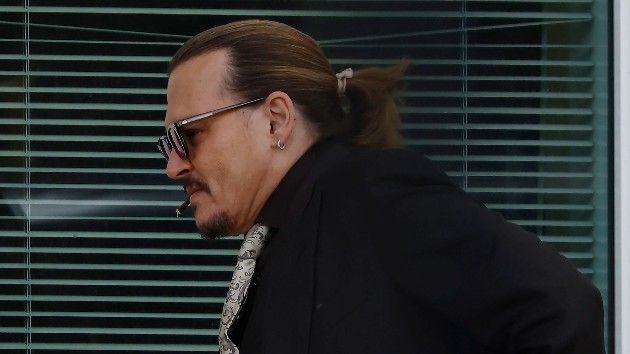 On the stand in his defamation case against ex-wife Amber Heard Thursday morning, Johnny Depp was again cross-examined by her attorney, who grilled the star about his drug use with, and controversial texts he sent to, his friend, WandaVision actor Paul Bettany.

Attorney J. Benjamin Rottenborn tried to contrast Depp’s living up to the “standards of a Southern gentleman” with his alleged conduct with Bettany.

“Paul Bettany is a friend who’ve you done drugs with, yes?” Rottenborn asked.

“That’s a strange question,” Depp countered, before admitting he had, “at times.”

Depp was quizzed about texts he sent to Bettany, including one reading, “Let’s burn Amber,” and another that followed, “Let’s drown her before we burn her.”

On the stand, Depp also again mentioned his attempts to get sober, and texts to Elton John were entered into evidence. “I would have been swallowed up by the monster, if it wasn’t for you,” Depp reportedly texted the star in 2012.

Heard’s attorney fixated on the word “monster,” which was either Depp or Heard’s term for his addictions.

“Elton was a dear friend who has been sober for 40 years, 30 years, and we’ve had discussions, and he wanted me to get clean and sober,” Johnny said, mentioning Elton even offered the assistance of a friend who helped the “Rocket Man” singer in his recovery.

Depp is suing Heard over her 2018 op-ed in The Washington Post in which she referred to herself as a “public figure representing domestic abuse,” implying Depp abused her without mentioning his name. He claims the piece had a devastating effect on him personally, and on his career.