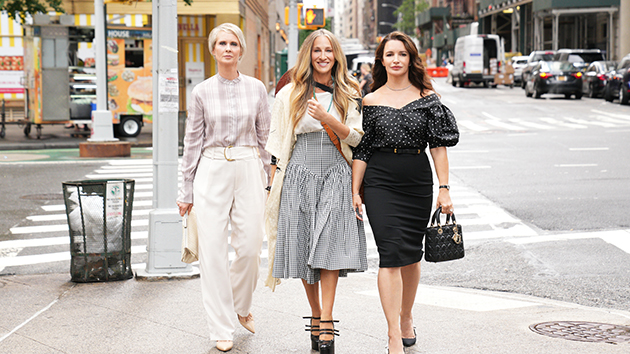 Another fan favorite is returning to the Sex and the City franchise.

Actor John Corbett will reprise his role as Aidan Shaw, a furniture maker who was the on-again, off-again boyfriend of Sarah Jessica Parker‘s Carrie Bradshaw in the original series. The couple got engaged in season 4, but ultimately broke it off. Aidan also made an appearance in the 2010 film Sex and the City 2.

The character will return in HBO Max’s reboot of the series, And Just Like That…, for multiple episodes, Deadline confirms.

And Just Like That… premiered in December 2021 focusing on three of the four main leads: SJP, Cynthia Nixon as Miranda and Kristin Davis as Charlotte. Kim Cattrall, who portrayed Samantha in the original Sex and the City, did not return to the role.

In the first episode of the revival, Carrie’s husband, Big, portrayed by Chris Noth, shockingly died from a heart attack after using a Peloton bike. In February, executive producer Michael Patrick King said it was “possible” that Corbett would return as Aidan in the new series.