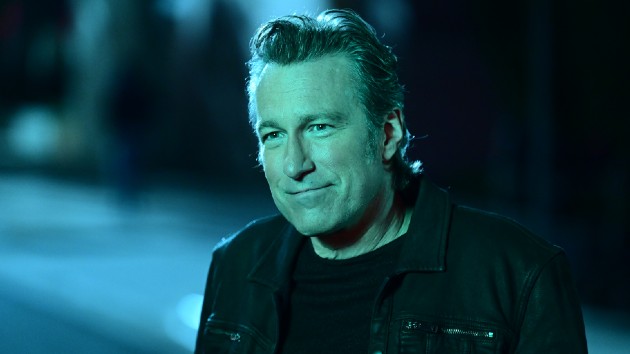 John Corbett says he will reprise his role as Carrie Bradshaw’s ex-fiancé, Aidan Shaw, in HBO Max’s highly anticipated Sex and the City revival, And Just Like That…

The 59-year-old actor broke the news during a recent interview with the New York Post, saying the news was “very exciting.”

Corbett didn’t get into specifics on the extent of his involvement in the revival other than he might be in “quite a few” episodes.

Original stars Sarah Jessica Parker, Cynthia Nixon and Kristin Davis have all confirmed they will be returning for the reboot as Carrie, Miranda Hobbes and Charlotte York, respectively.  Kim Catrall, who played the salacious Samantha Jones, confirmed she will not take part in the new series.

Corbett can currently be seen in in the Rebel, the Erin Brockovich inspired drama, opposite Katy Sagal.