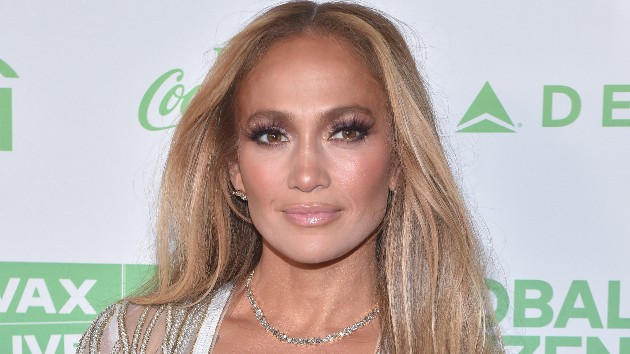 Jennifer Lopez is gearing up to put her own stamp on some classic musicals.

Deadline reports the entertainer and her Nuyorican Productions are teaming up with Skydance and Concord to develop new projects based on Concord’s catalog of musicals, including the legendary works of Rodgers & Hammerstein.

“Musicals were a part of the tapestry of my childhood,” JLo says in a statement. “We’re so excited to begin our association with Skydance and Concord in reinterpreting some of the most classic musicals and bringing them to life in new ways for a new generation.”

In addition to producing, Jennifer will have the option to star in at least one of the projects.

That’s not all JLo has cooking up — she recently released her new single with Rauw Alejandro, “Cambia el Paso,” and tells Apple Music she’s got more music and some live shows in the works.

“I already have in the can a whole album, Marry Me, that I did for the movie that I did, Marry Me, before the pandemic,” she says, adding that both the album and the film will be out in February.

Lopez also says she plans to tour first and then maybe head back to Las Vegas for some residency shows.

“I just can’t wait to get back to doing that,” she says of performing. “That’s a part of my life that I miss so much, because I think maybe my favorite thing of all the things I do is performing live and interacting in that way and giving people that euphoric moment that you only get from a show, that’s a great show.”