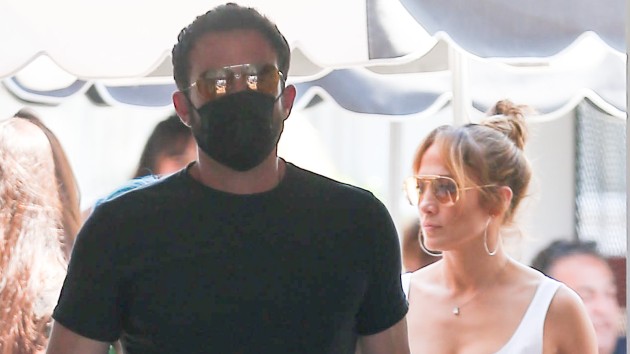 Jennifer Lopez is letting the world know she’s found love in an old flame and posted a photo of her and Ben Affleck sharing a sweet kiss over the weekend.

Lopez had jetted off to St. Tropez to celebrate her 52nd birthday and revealed that she had taken Affleck with her.

Sharing a slideshow of her beachy getaway on Saturday, JLo went Instagram official with her old flame.  The first three pictures show the “On the Floor” singer flaunting her toned physique while the final snap is of her and Affleck kissing.

“5 2 … what it do … [pink heart emoiji],” Lopez cheekily captioned the post — sending her 166 million followers and her famous friends, such as Laverne Cox and Kelly Rowland, into a frenzy.

In April, Lopez and Affleck sparked rumors they were back together. Then, last week, when Lopez’s friend Leah Remini shared photos from her 51st birthday bash, she included a snap of Affleck, 48, wrapping his arms around her and Jennifer — marking the first time the couple was captured together on social media.

Lopez’s snap confirms what fans have been hoping to hear since the spring: Bennifer has officially rekindled their flame. Their romance began in 2002 and the two announced their engagement later that year. Jennifer and Ben never made it to the altar, though, going their separate ways in 2004.

Affleck married actress Jennifer Garner and went on to have three children with her.  They divorced in 2015. Meanwhile, Lopez wed singer Marc Anthony and had twin children with him.  Their marriage ended in 2011.

Lopez later became engaged to Yankees slugger Alex Rodriguez, but the two ended it in April.