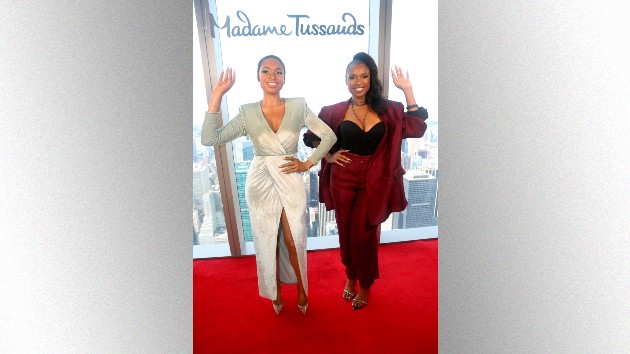 The Respect star, who turned 40 on Sunday, celebrated by unveiling her new wax figure at a party in midtown Manhattan before it was put on display at Madame Tussauds in New York City.

“It’s such a surreal moment… It’s beautiful!,” the singer/actress said, according to Billboard. “I used to say I was gonna retire at 40, but apparently, I was just born again.”

“Jennifer Hudson has long stood as a strong, talented, female figure across film, TV and music and we’re so excited about this new addition to Madame Tussauds New York,” Madame Tussauds executive Tiago Mogadouro said in a press statement. “By introducing such a powerful essence to our New York family, we hope the addition of Jennifer Hudson offers an exciting new experience for our guests.”

In the past week, Hudson also won her first Emmy for her role as executive producer and voice talent on the VR animated film, Baba Yaga. The project was chosen Outstanding Interactive Media for a Daytime Program. Now she is just one award away from one of the most prestigious accomplishments in entertainment, the EGOT: that is an Emmy, a Grammy, an Oscar and a Tony.

On Monday night, Jennifer continued her celebration with Alicia Keys at the exclusive Met Gala in New York City. Looking radiant in a full-length red gown, she commented on Instagram, “Sitting and talking with my girl @aliciakeys was one of my favorite moments.” Hudson also posted a solo video of herself and wrote, “So good to be back at the #METGala!”