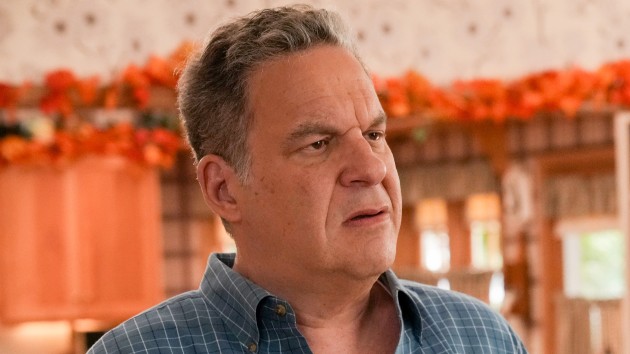 ABC’s long-running sitcom The Goldbergs lost cast member George Segal last year when the veteran actor passed away, and now it has lost its patriarch.

The trade noted Garlin’s exit was “effective immediately,” and was a “mutual” decision between Sony Pictures Television, which produces the show, and all other parties.

Garlin had about one more shooting day scheduled for the show’s ninth season, the trade reported, noting his schedule earlier in the season had been deliberately “reduced” during the investigation.

Garlin recently denied to Vanity Fair that he’d been fired from the show, and threw cold water on the notion of an investigation into his unspecified conduct. “We have a difference of opinion, Sony and myself,” said the actor, who plays high-strung Murray Goldberg on the sitcom and who also stars on Curb Your Enthusiasm as Larry David‘s manager.

“My opinion is, I have my process about how I’m funny, in terms of the scene and what I have to do. They feel that it makes for a quote ‘unsafe’ workspace. Now, mind you, my silliness making an unsafe workspace — I don’t understand how that is…” Garlin insisted. “I am always a kind and thoughtful person. I make mistakes, sure. But my comedy is about easing people’s pain. Why would I ever want to cause pain in anybody for a laugh? That’s bullying. That’s just uncalled for.”

Deadine reports it’s not known how Garlin’s exit will be addressed on the show. A tenth season has been in the cards, as The Goldbergs remains a strong performer for ABC. It’s also unknown whether this will affect Garlin’s tenure on Curb Your Enthusiasm.