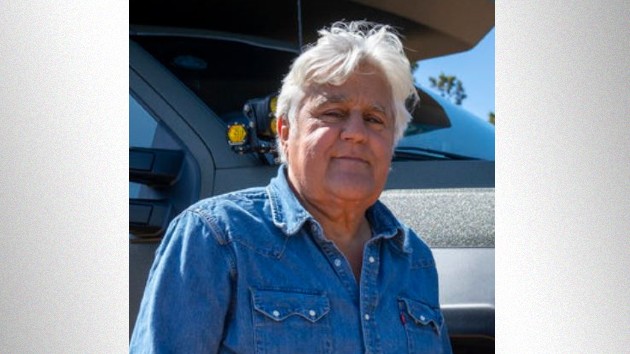 Jay Leno is reportedly receiving care at a Los Angeles burn center after suffering injuries to his face from a car fire.

TMZ reports the well-known car collector was in his massive Los Angeles garage when one of the autos burst into flames. The 72-year-old former Tonight Show and Jay Leno’s Garage host was reportedly burned on the left side of his face. The gossip site says Jay’s ear and eye were spared from injury.

In a statement to Variety, Leno clarified he suffered “some serious burns from a gasoline fire.”

The comedian added, “I am ok. Just need a week or two to get back on my feet.”

The trade reports that Leno was forced to cancel a Sunday night corporate gig for The Financial Brand in Las Vegas due to a “serious medical emergency,” but the organizers didn’t specify at that time what had happened.