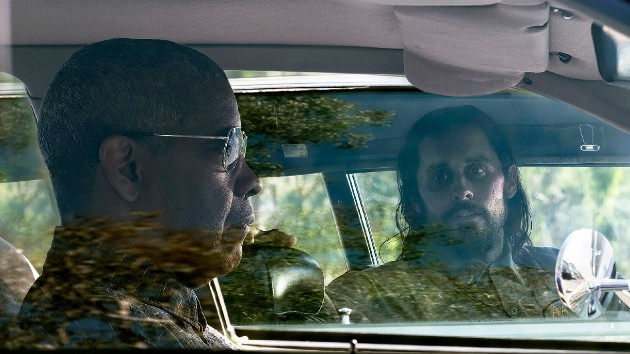 (ROME) — Jared Leto is currently in Rome filming alongside Adam Driver and Lady Gaga for the film House of Gucci.  Speaking to Entertainment Weekly on Tuesday, the 49-year-old actor reflected on his previous roles that put him in “a dark place.”

Leto recently starred in The Little Things, where he plays a serial killing suspect named Albert Sparma. Playing someone who kills, he says, was psychologically and physically demanding.

“You’re spending time in a dark place, and the materials, the research can start to creep into your dreams at some point,” the actor explained. “For anybody, that’s, like, binge watched Making a Murderer, at a certain point you need a break. You need to turn on Tiger King or something.”

Looking ahead, Leto teased his upcoming project, Morbius, which has been pushed to January 21, 2022 because of the pandemic.

However, he ensures fans it’s well worth the wait.

“It’s a brand-new Marvel character who has never been onscreen before, so that was a blast,” he gushed of the victim -turned vampiric anti-hero. “I play a doctor who’s searching for a cure for his disease, who’s very sick and frail and at the end of his life and then he gets strong and healthy, and there’s monstrous aspects to it. That I’m psyched about.”

As for what the actor has on the brain right now, it’s awards season — specifically the Academy Awards and if The Little Things will score a nod.

If not, Leto says he won’t sweat it because the true award was working with fellow Oscar winner Denzel Washington.

“He’s one of the few actors that has really had that consistency, and he really puts his full body and heart and soul into every performance that he does,” he gushed. “So, just the Denzel of it all was enough reward for me.”