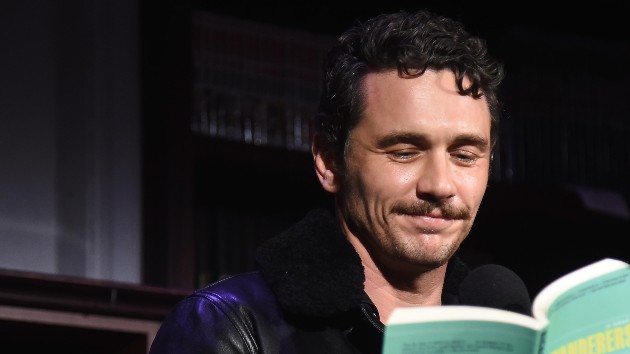 Actor James Franco “and associated entities” have reportedly agreed to pay just over $2.2 million to settle a lawsuit accusing him of staging an acting class that his accusers claimed was just an “excuse” for him and his friends to “exploit young women.”

Two former students, Sarah Tither-Kaplan and Toni Gaal, accused Franco and the others involved of encouraging actresses to disrobe as part of intimate scenes that were being rehearsed, with those who obliged allegedly given preferential treatment.

The Hollywood Reporter noted Wednesday that the class action lawsuit also alleged that those who took part in classes taught by Franco at Studio 4 Film School in New York and Los Angeles, were the victims of fraud.

Other students would be awarded, “almost two-thirds of the remaining pot of $1.341 million, with the lawyers’ total take being around $827,000.”

Other non-financial elements of the settlement were sealed; the deal would also require his accusers to release fraud claims against the actor, according to the trade.

It should be noted that in March of last year, lawyers for the actor forcefully denied the “salacious and false” claims, and had asked for the lawsuit to be dismissed.

At the time, attorneys for Franco accused the former students of trying, “to jump on the [#MeToo] bandwagon and insert [themselves] into the media’s insatiable appetite to ruin the next celebrity” with an, “obvious goal of grabbing as much publicity as possible for attention-hungry plaintiffs.”