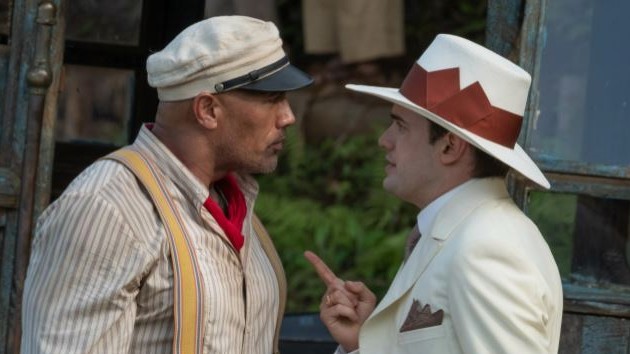 In Disney’s new movie Jungle Cruise, actor Jack Whitehall plays McGregor, the brother to Emily Blunt‘s Dr. Lily Houghton, who joins her on a perilous journey into the Amazon.

When Whitehall got the part, he didn’t realize the character was gay, but in a scene at a bar, he all but “comes out” to Dwayne Johnson‘s Frank Wolff.

For all involved, it was an important scene, said star and co-producer Johnson at a recent press event. “Really, I felt that the scene was really exactly what it was, which was two men talking about what they loved and who they loved, and it was as simple as that. And we were sharing a drink.”

Whitehall agreed, declaring, “I think it was a scene that we really wanted to get right.”

The actor explained further, “I think what’s so great about this movie is that all of the characters feel so fleshed out and all of them have…interesting backstories…”

Jungle Cruise is currently the number-one movie in America.