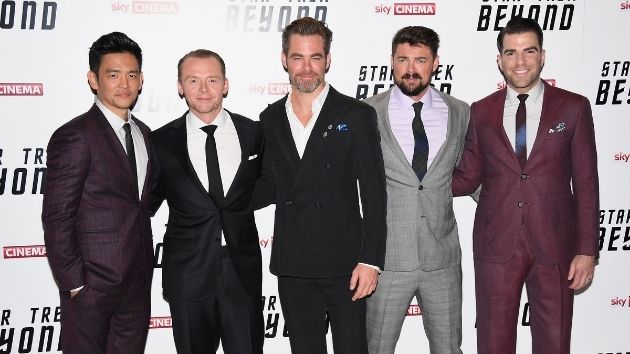 J.J. Abrams has announced plans for a fourth Star Trek film, ideally with the cast from his 2009 reboot, according to Variety.

“We are thrilled to say that we are hard at work on a new Star Trek film that will be shooting by the end of the year that will be featuring our original cast and some new characters that I think are going to be really fun and exciting and help take Star Trek into areas that you’ve just never seen before,” Abrams revealed at the Paramount Investors Day presentation Tuesday.

“We’re thrilled about this film, we have a bunch of other stories that we’re talking about that we think will be really exciting, so can’t wait for you to see what we’re cooking up. But until then, live long and prosper,” he added.

There’s just one little hitch, though: the studio has yet to enter negotiations with any of original stars, which include Chris Pine as Captain Kirk, Zachary Quinto as Spock, Zoe Saldana as Uhura, John Cho as Sulu, Karl Urban as Bones and Simon Pegg as Scotty. Anton Yelchin, who played Chekhov in Abrams’ previous three movies, died in 2016.

Plans to bring back the cast have been percolating for years, including a 2018 sequel teaming Pine with Kirk’s late father, portrayed in the 2009 film by Chris Hemsworth. The plan ultimately fizzled, reportedly because Paramount couldn’t reach a deal with Pine and Hemsworth. Quentin Tarantino was even circling a project at one time.