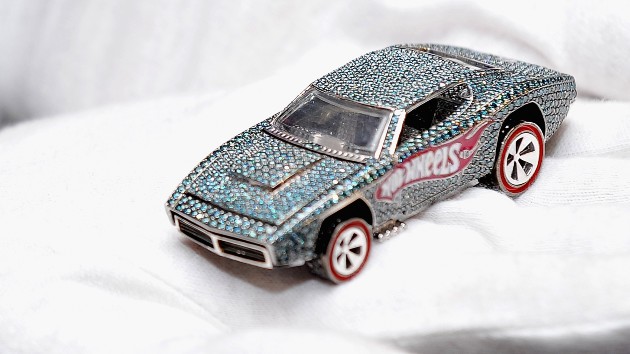 A big-screen adventure of the Hot Wheels you may have played with as a kid is coming to the big screen, and Star Wars sequel director J.J. Abrams and his Bad Robot company are behind the wheel.

Teasing, “the iconic and timeless toy racing car” in a “high-throttle action film,” Warner Bros. Pictures and Mattel announced the collaboration that promises to, “bring to life this beloved, multi-generational franchise and showcase some of the world’s hottest and sleekest cars, monster trucks and motorcycles.”

In a press release, Hannah Minghella, Bad Robot’s President of Motion Pictures, said, “Before Hot Wheels became the global household name it is today, it was the dream of Elliot Handler, who was inventing and building toy cars at home in his Southern California garage. It’s that imagination, passion, and risk-taking spirit that we want to capture in this film.”

And if you think it might be a stretch to make a movie out of Hot Wheels, Mattel Films, the iconic toy brand’s big screen off-shoot, already has Barbie in the pipeline with Warner Bros., starring producer Margot Robbie.

Mattel Films is also developing films based on its other toys including Masters of the Universe, American Girl dolls, Rock ‘Em Sock ‘Em Robots, and, somehow, Magic 8 Ball, the card game UNO, and the View Master goggles.

Hey, people thought a LEGO movie was far-fetched at one point, and the series made over a billion bucks worldwide.