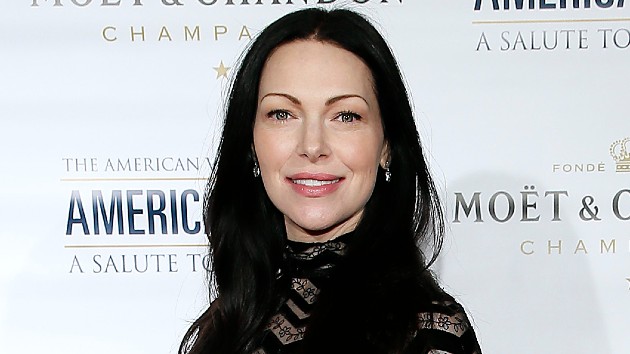 Former That ’70s Show and Orange Is the New Black star Laura Prepon, who was once a dedicated Scientologist, now reveals that she hasn’t “practiced [it] in close to five years.”

Prepon explains to People, “I’ve always been very open-minded, even since I was a child. I was raised Catholic and Jewish. I’ve prayed in churches, meditated in temples,” adding about the L. Ron Hubbard-founded belief system, “it’s no longer part of my life.”

The actress credits what she refers to as her evolution to being the mother of two children with actor Ben Foster, noting, “If motherhood has taught me anything so far, it’s that something can work out for a period of time, and then you move on and evolve.”

The 41-year-old Prepon recalls, “As a new mom, I was riddled with anxiety…My friends who were mothers with older kids said, ‘Laura, this is a phase, you’ll move on…’ And that has transcended into other parts of my life. We’re all evolving. I always see that with my kids.”

Now, Prepon finds peace by meditating daily with her husband. “I’m really liking it, because it’s something that helps me to hear my own voice and it’s something we can do together,” she says.

In her recent memoir, You and I, as Mothers, the actress revealed the “complicated” relationship she has with her own mother, including that her mother taught her how to be bulimic when she was young. She tells People that her mother is suffering from Alzheimer’s.

Prepon says, “I have to come to terms with the fact that this woman who was an incredible force in my life — is fading. It’s very hard to watch. I just try to be there and stay present for the good moments we have.”