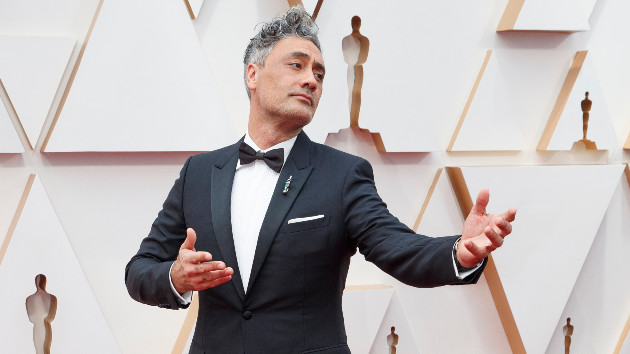 Taika Waititi has a pretty wicked sense of humor, and the Jojo Rabbit Oscar winner proved it again with an Instagram Live video on Sunday, in which he “accidentally” revealed the return of Robert Downey Jr.‘s Iron Man into the MCU.

Of course, it was just a fairly elaborate gag.

Downey’s Tony Stark sacrificed himself to save the world at the close of Avengers: Endgame, but a fake script posted by Waititi, supposedly from his forthcoming Thor: Love and Thunder, gave fans a false sense of hope that he might return. A close look at the script page, however, proved Waititi was just pulling their legs.

Fans, including Phase Zero – MCU on Twitter, snapped a screenshot of the screenplay, and it’s pretty obvious the whole thing was a prank. After all, it’s doubtful Marvel Studios would have Downey return to big screen at all, let alone with a hearty, “Wazzzaaaap!” a la those Budweiser commercials from 1999.

The same goes for some of the other dialog. After a hug, Thor asks the resurrected Stark, “But how? I saw you die.”

A few lines later, after displaying an Iron Man suit decorated with, “all the flags of every nation,” Stark explains to the God of Thunder, “Everyone who died is coming back, and this time we’re avenging more than ever….From now on, we’ll be known as ….The Avengererers.”

The actual Thor: Love and Thunder, in which we guarantee this scene won’t appear, hits theaters July 8.