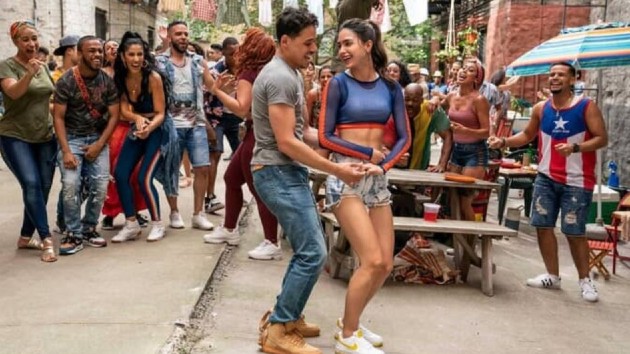 (NEW YORK) — Before he shot to superstardom with Hamilton, Lin-Manuel Miranda won a Tony Award for his musical In the Heights. Warner Bros. just debuted a pair of trailers for the film version, which was directed by Jon M. Chu.

Like the Broadway production, the musical is a celebration of the American dream, viewed from a Latino perspective. The story centers on a Washington Heights, New York bodega owner who dreams of returning to his family’s native Dominican Republic.

The film’s opening had been delayed by the COVID-19 pandemic, and it was announced earlier this year that it would be part of Warner Bros. same-day theatrical/HBO Max release slate. For his part, Miranda told ABC Audio he’d love people to see it on the big screen, but, as he demonstrated with the Disney+ release of a staged version of Hamilton, it’s a win for him just for it to be seen.

Miranda just may get his wish, as theaters in his native New York City recently re-opened.

Disney + is owned by Disney, parent company of ABC News.