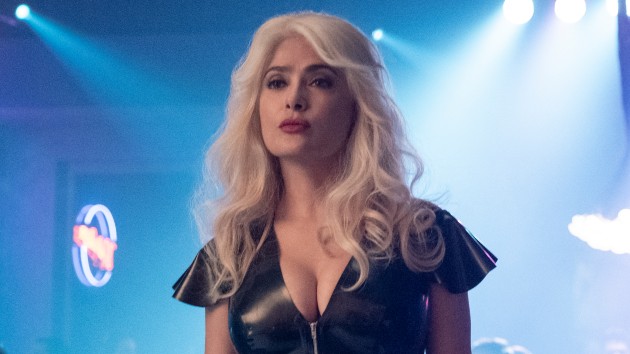 Salma Hayek has revealed she’s recovered from a very serious case of COVID-19 she secretly battled months ago.

Hayek tells Variety, “My doctor begged me to go to the hospital because it was so bad. I said, ‘No, thank you. I’d rather die at home."”

Hayek isolated herself for seven weeks in a room of the London mansion she shares with her husband, François-Henri Pinault, and their 13-year-old daughter, Valentina. At one point during her quarantine, Hayek was put on oxygen. She’s since recovered from the virus, though says her energy hasn’t yet returned.

That said, Hayek’s enthusiasm for her new projects can’t be tamped down. Her first project after she recovered was the April shoot for Ridley Scott’s House of Gucci, opposite Lady Gaga and Adam Driver. In June, she’ll be seen reprising her role as Sonia in The Hitman’s Wife’s Bodyguard, with Ryan Reynolds and Samuel L. Jackson. Then in November, she’ll star as Ajak, one of a race of immortal superheroes in Marvel’s The Eternals.

“And then the worst part…[F]or so many months…I couldn’t tell a soul,” she adds

Hayek was more than game for these hard-hitting parts — literally. Reynolds tells Variety he was slapped twice by the actress in their sequel.

“I can still feel the sharp sting of her tiny hand working its way into my soft Hollywood cheekbones,” he quips. “May God have mercy on her soul.”