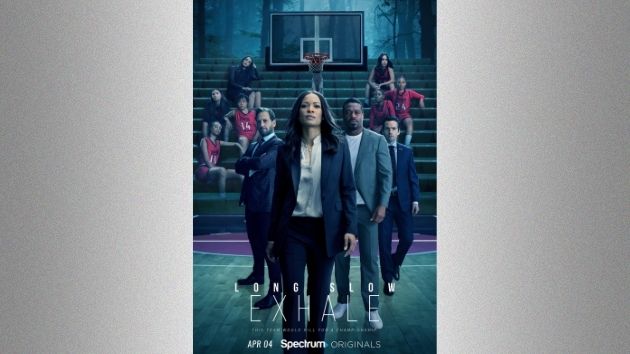 Fans are made to question whether Eddie actually groomed and sexually abused the star player of the women’s college basketball team — but the dark truth comes out in the final episodes.

While Harding admitted to ABC Audio it was “painful” playing Eddie, he was given an edge thanks to the Freeform series Pretty Little Liars, where he played a similar role.

“The abuse of power is abuse of power,” Harding said of playing Ezra Fitz, who dated a student in the series.  Harding noted the show, which ran from 2010 to 2017, didn’t explore “what actually happens when certain desires are acted upon” and that made starring in Long Slow Exhale “cathartic in a way.”

“I don’t think Pretty Little Liars can necessarily be made today,” he added, noting how characters like Ezra should have been accused of abuse and held accountable, just like Eddie.

The truth about Eddie wasn’t the only surprise Long Slow Exhale had in store.  Josh Lucas stars as the university’s athletic director, Hillman Ford, who is murdered amid the university’s sexual abuse scandal.

Lucas found playing the character “thrilling” because of the many “bad, complicated” decisions he made to control the scandal that result in him “falling so badly from grace.” It’s revealed in the final episodes that Rose Rollins‘ character J.C. Abernathy, the basketball team’s head coach, killed him in self defense.

Lyric Bent, who plays J.C.’s husband, Garrett, and helps her cover up the murder, noted, “It was scary playing [him]… [but] that scare factor was also interesting and intriguing.”