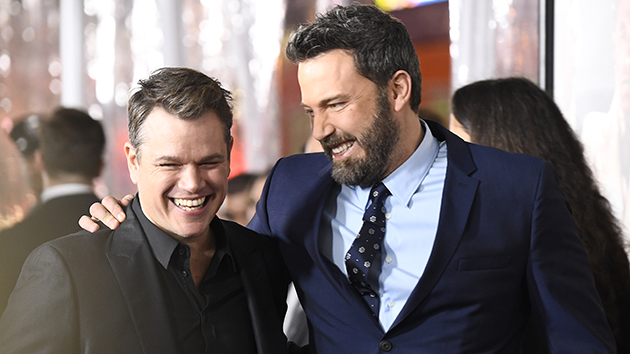 While Bennifer fans are elated by Ben Affleck and Jennifer Lopez‘s reunion, Matt Damon may be the biggest supporter of them all.

During an appearance on The Carlos Watson Show, the host asked if he thought the couple was going to last. “No one’s pulling harder than I am. They’re both great,” Matt responded. “I just want for their happiness, and they seem pretty happy right now.”

Ben and Jennifer met on the set of Gigli in 2001 and he later appeared in the video for her signature hit, “Jenny from the Block.” The couple was engaged for two years before breaking it off in 2004. The two rekindled their romance earlier this year after Jennifer and her former fiancé, Alex Rodriguez, ended their engagement.

Matt and Ben have been friends since they met in high school. The two famously co-wrote and starred in Good Will Hunting, which was named Best Original Screenplay at the 1998 Academy Awards.