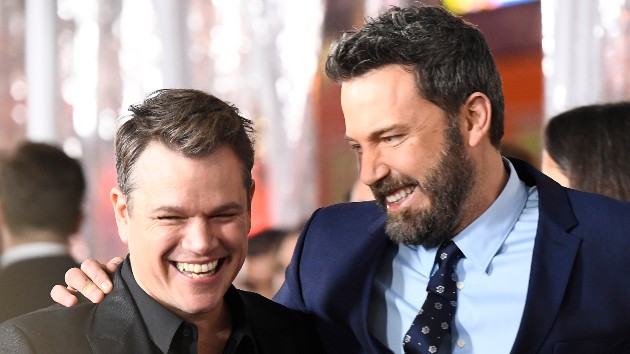 While he was initially hesitant to talk about it — to say the least — Matt Damon now says he wouldn’t mind seeing his childhood pal Ben Affleck and Affleck’s former fiancee Jennifer Lopez give love another chance.

The famous exes were reportedly spotted together in Montana, following a meet-up at the taping of the Vax Live: The Concert to Reunite the World special in Los Angeles.

When asked about the situation on NBC’s Today, Damon, who was live via remote at a pub in Australia, jokingly said, “There’s not enough liquor in the world for you to get me to say something about that.”

The Good Will Hunting Oscar winner added sarcastically, “It’s a fascinating story,” before allowing, “I love them both. I hope it’s true. That would be awesome.”

While being protective of his friend, Damon was actually promoting his new movie Stillwater, in which he plays a dad fighting to protect his daughter after she is jailed overseas. The trailer for the film, which hits theaters  July 30, just debuted.