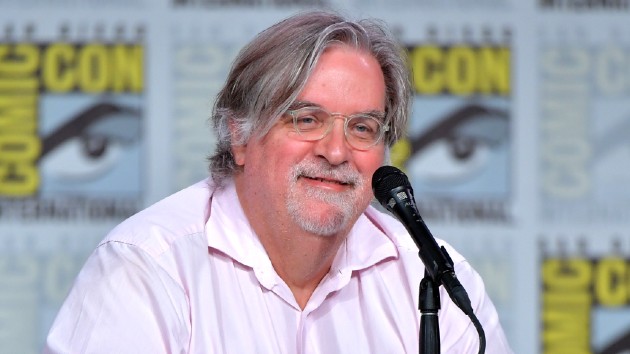 (LOS ANGELES) — During a chat about his latest animated hit, Netflix’s Disenchantment,Simpsonscreator Matt Groening addressed the controversy over the long-running show’s white actors voicing characters of other races.

The comments came on the heels of Harry Shearer’s announcement that he’d no longer voice Dr. Julius Hibbert, or any other Black characters — and Hank Azaria’s hanging up playing Indian-American Apu Nahasapeemapetilon on the show in 2017.

“Times change, but I actually didn’t have a problem with the way we were doing it,” Groening tells the BBC. “All of our actors play dozens of characters each; it was never designed to exclude anyone.”

He seems to insist he was in a lose-lose position, something Trekker character Comic Book Guy might call a Kobayashi Maru quandary.

“At a certain point it doesn’t matter what you say,” Groening says. “You’re going to be attacked by whoever, you know?”

He added, “We’re not going out of our way to comfort bigots. On the other hand, if you do any kind of gesture and people perceive a weakness, you’ll be criticized.”

Having actors voice characters of the same race didn’t just shake up The Simpsons. Last year, Kristen Bell pulled out before she played Molly — a biracial character — in the Apple TV plus animated comedy Central Park, and Jenny Slate, who is also white, was initially cast as the biracial character Missy in Netflix’s animated series Big Mouth.

Slate also left the part behind, and was replaced by writer and comedian Ayo Edebiri, who is biracial.

“We’re trying to make it better,” Groening insisted about The Simpsons. “Bigotry and racism are still an incredible problem and it’s good to finally go for more equality and representation.”