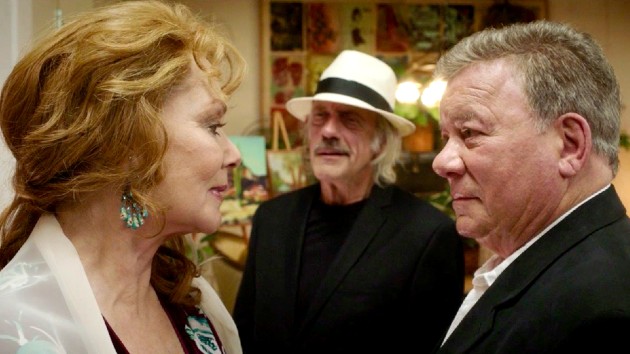 (NEW YORK) — Having just celebrated his 90th birthday this week, William Shatner is also welcoming his latest film into theaters and on demand.

Senior Moment is a romantic comedy that has the former starship Enterprise captain playing a retired NASA pilot and ladies man, whose beloved classic Porsche — and need for speed — gets him in trouble. His character can’t resist drag racing against a guy who is young enough to be his grandson, and that causes a life-altering change for Shatner’s character, he tells ABC Audio.

“[He’s] gotten older and they take his license away because he has an accident, and the whole movie’s about ‘They’ve taken my life, my youth away with my license. What am I going to do?’ And the movie is about what is he going to do?”

He’s forced to take the bus, in fact, but that leads to love when he falls for a fellow senior rider, a free spirit named Caroline, played by Jean Smart.

Shatner says he’s tickled by being a leading man in a romantic comedy at 90, but he notices how he’s being described differently since his Captain Kirk and T.J. Hooker days.