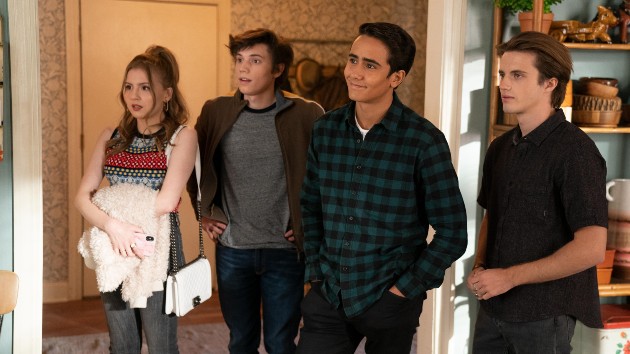 Hulu’s Love, Victor is coming back for a third season.

The series, an off-shoot from the 2018 film Love, Simon, has officially been renewed just a month and a half after season two debuted.

Season two ended with a few of the show’s core relationships in limbo. George Sear, who plays Victor’s love interest, Benji, says he can’t wait to explore his character even more.

“I hope we can see more more of an exploration with Benji’s…yeah, his relationship, I suppose, but also some of his personal issues, which you will find out when you watch season two,” he tells ABC Audio. “And also it would be cool to see him sort of follow his dreams with music and become a happier person.”

For Bebe Wood, who plays Lake, she’s excited to explore a new direction for Lake’s love life, which was hinted at in the end of season two.

“I think at the end of season two, there is a sort of little moment with Lake that I find very exciting and very enticing, and I can’t wait to explore that in the future,” she says.