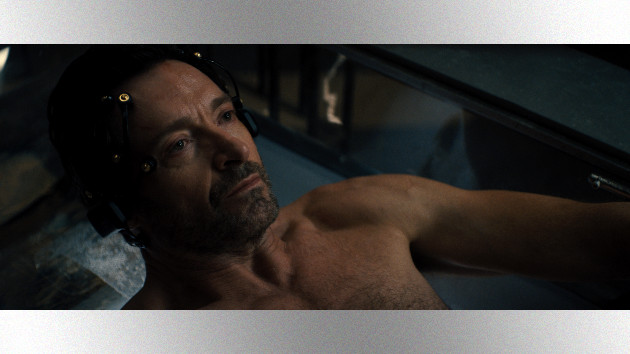 Hugh Jackman may not have had Wolverine’s signature adamantium claws in Lisa Joy‘s directorial debut, Reminiscence, but the actor admits that he did have to tap into something “broken” and primal when he took on the lead role of Nick Bannister, a private investigator of the mind, in the sci-fi thriller.

“I love the world of the film,” Jacks tells ABC Audio. “When Lisa told me about it, this idea that we’re in the near future, that feels very believable, where Miami is pretty much submerged, where it’s so hot that you have to live at night — not in the day. And playing a character like Nick that has literally been through the wars, probably suffering PTSD, like, at a high level, I found it challenging to play someone who on the surface is so closed off, but broken on the inside.”

Jackman then pauses for a moment to contemplate his character.

“Well, it sounds a bit like Wolverine in a way,” he laughs. “But it’s very different to who I am as a person, so I really enjoyed that journey.”

That journey, which Jackman also takes with co-stars Rebecca Ferguson and Thandiwe Newton, can be described as a “wild ride” into the days of future past — a theme his X-Men character could surely relate to, if not offer his insight about. Jackman says it’s that familiar theme that makes the film worth watching.

“And then, for [Nick] to have these walls stripped away, to fall in love so deeply, so quickly, then to be taken on this wild ride where he’s wondering if any of it was real… When I read it — and I hope for audiences, and for me playing it — there was never a comfortable moment,” he notes.

Reminiscence is now available in theaters and on HBO Max.