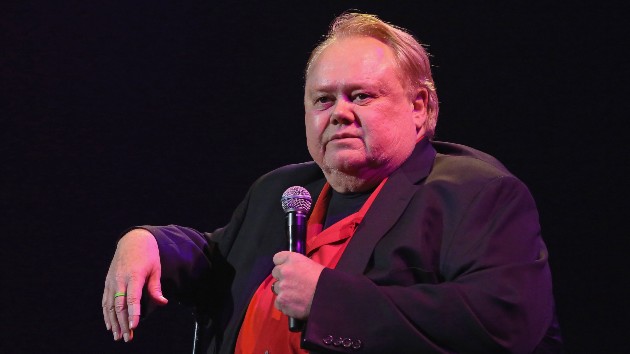 Like millions of his fans, Louie Anderson‘s famous friends are remembering the Emmy-winning comic and Baskets actor on social media.

Anderson passed away this morning at a Las Vegas hospital, from complications of cancer. He was 68. It didn’t take long for his Hollywood colleagues to take to social media to mourn him. Here are some of their posts so far:

Henry Winkler: “Your generosity of spirit will cover the world from above .. we are so lucky you were on earth for a moment , spreading your humor all over like bars of living gold .. Good Bye”

Jeff Ross: “When Meatloaf died Louie Anderson was like, ‘What’s the point of living?’ I loved them both.”

Gilbert Gottfried posted a photo of himself with Bob Saget, who died earlier this month, and Louie Anderson. “This photo is very sad now. RIP Bob Saget and RIP Louie Anderson. Both good friends that will be missed.”

George Wallace: “Heaven has a hell of an open mic night goin’ right about now. Everybody gets the light. You’ll be missed. Louie. What an awesome friend. One in a million. Also pictured, the very much alive @kathleenmadigan, who has promised not to die this year.”

Comic Ron White: “RIP to one of the true greats. Thinking of all of the nights laughing in Vegas with Louie and @kathleenmadigan. We’ll all miss his sweet soul.”

Cobra Kai producer Jon Hurwitz: “RIP to one of our favorite comics since childhood. The guys and I were lucky enough to meet Louie Anderson in Vegas after one of his shows and he couldn’t have been cooler. We were delighted when he won an Emmy a few years later. Sending love to his family.”