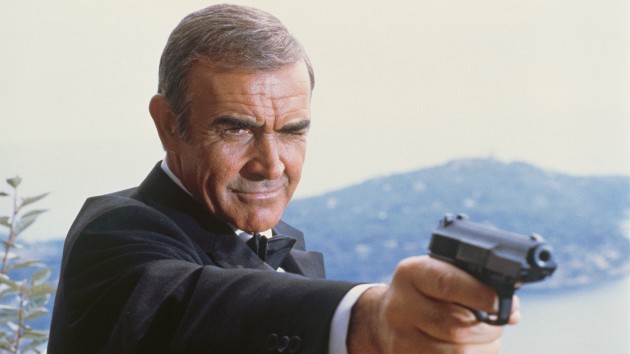 After furious online and in-person bidding, Julien’s Auctions in Los Angeles saw some precious Hollywood memorabilia sell for a mint, as part of its ongoing “Hollywood Legends and Luminaries” series.

Other items that sold during the two day event were a pair of wooden nunchucks used by Bruce Lee, which sold for $83,200 — forty-one times what it was expected to fetch. A blue, pin-striped suit worn by Al Pacino from the climactic shootout scene in 1983’s crime classic Scarface sold for $83,200 as well, while the .45 pistol that he carried in 1995’s crime epic Heat went for $10,240.

An original prototype xenomorph costume from 1979’s Alien sold for more the $44,800, and Michelle Pfieffer‘s Catwoman cowl from Tim Burton‘s 1992 film Batman Returns sold for $41,600, well over the $8,000 it was expected to fetch.  And someone dropped $25,600 — 25 times its estimated sales price — on a wooden ping pong paddle used by Tom Hanks in his Oscar-winning film Forrest Gump.

The auction saw hundreds of other famous movie weapons up for grabs, also including the custom-made Bowie knife used by Brad Pitt in as Nazi hunter Lt. Aldo Raine in Quentin Tarantino‘s Inglourious Basterds, which sold for $32,000; Marshall Matt Dillon’s Gunsmoke Colt .45, which went for $38,400; and Arnold Schwarzenegger‘s Mr. Freeze rifle from Batman & Robin, which sold for $19,200.