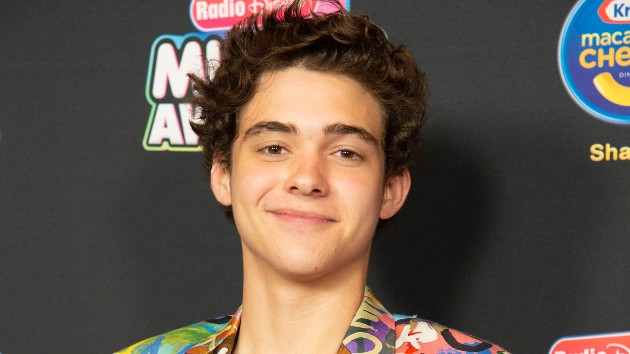 High School Musical: The Musical: The Series star Joshua Bassett has confirmed that he’s a member of the LGBTQ+ community.

Speculation about his sexuality swirled after he did an interview last month where he gushed about Harry Styles and said, “I guess this is also my coming out video.” In a new interview with GQ, Bassett says, “I wasn’t joking.”

“I stood behind every word that I said,” the 20-year-old tells GQ, adding, “Even if there are consequences, I would much rather deal with consequences and live my truth than live in fear.”

Bassett doesn’t clarify how he identifies, saying, “There are plenty of letters in the alphabet… Why bother rushing to a conclusion?…I’m happy to be a part of the LGBTQ+ community because they embrace all. Don’t let anyone tell you love isn’t love. They’re the ones who probably need it the most.”

As for the rumors that Olivia Rodrigo’s “Drivers License” is about him, Bassett reveals he didn’t focus on the gossip because he became gravely ill two days after the song was released. He was hospitalized with septic shock and heart failure and doctors told him he had a 30% chance of survival. Bassett says he “didn’t have any energy to be able to focus on anything but staying alive.”