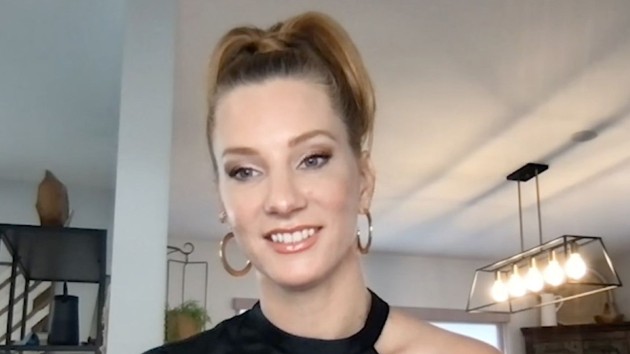 (NOTE LANGUAGE) Heather Morris is getting candid about the behind-the-scenes drama while filming Glee.

Last year, Lea Michele, who starred in the musical series as Rachel Berry, came under fire for alleged “bullying.” When the details emerged, Morris, who worked alongside Michele, didn’t say much and received a lot of flak for that.

During an interview on the Everything Iconic With Danny Pellegrino podcast, she explained that she was hesitant to say much because Michele was pregnant with her first child at the time.

“I remember getting so much shade because people were like, ‘This is so f**king cryptic. Why don’t you just go out and say it? I’m like, ‘Guys, she’s pregnant. And all this stuff is going around,"” Morris said, adding, “… I don’t know if we were victims of bullying and that’s a typical victim thing to do is to blame yourself, which people were saying. But, it also is very true.”

The 34-year-old actress added that times were different when she was filming Glee, which ran for six seasons from 2009 through 2015.

“We absolutely could’ve stepped up and gone to the Fox execs and said how we felt about the situation, and nobody really did,” she expressed. “Now, we are living in a culture where it’s acceptable to go do things like that, whereas I think many people were very scared [at the time of Glee].”

“I know, genuinely, I didn’t feel like it was my place,” Morris continued. “I don’t know why because I was a cast member just like everybody else. We all deserve to feel comfortable on a set.”