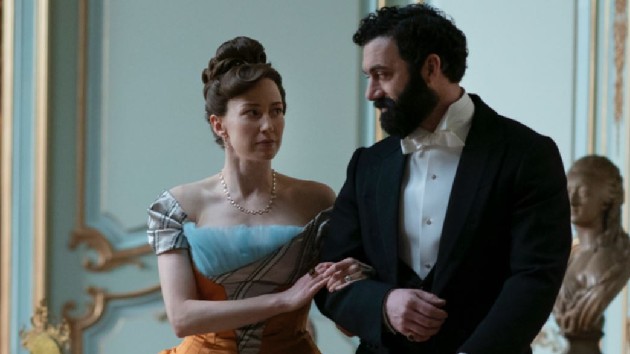 The Gilded Age, set in 1880s New York, dramatizes issues of class and race in the post-Civil War era. Fellowes tells ABC Audio he was fascinated by the new money titans of the time like J.P. Morgan and Andrew Carnegie.

Notes Fellowes, “The whole culture that they developed with their wives and brought to New York and made a way of being rich that was America. It wasn’t a pale copy of a European tradition. It was American.”

That period in history, he calls “an extraordinary sort of training camp for when America dominated the coming century.”

“I mean, thirty-five years later, President Wilson was saying what went at the peace treaty at the end of the First World War,” he continues. “America…got to have the last word on practically everything. And by then, America’s dominance of the world had established itself.”

While the upstairs/downstairs nature of the storyline may feel similar to Fellowes’ 2011 hit series Downton Abbey, Fellowes insists The Gilded Age is its own thing, pointing out that “the Downton curve was a downward one…It was about an aristocracy having to come to terms with the loss of power, the loss of control, worrying about the roof, you know.”

“This is the opposite…a brand new civilization with all the money in the world and all the power and everything else landing on New York,” he adds.

Fellowes’ says there is one constant in everything he writes: “I always seem to have a sort of waspish older woman telling people what to do.”

Chris Pratt dishes on the “intense” making of ‘The Terminal List’