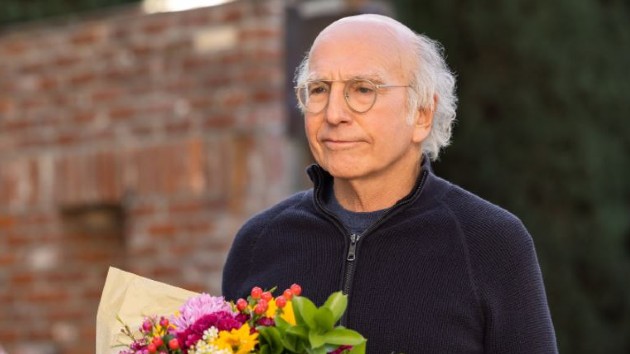 The Emmy-winning comedy series Curb Your Enthusiasm will be back for a 12th season.

The series, which stars Seinfeld co-creator Larry David playing an over-the-top version of himself, has always operated at his whim. It’s up to Larry when he wants to shoot more episodes and, according to a cheeky statement, it seems he’s uncharacteristically more eager than ever.

“Playing the role of Larry David has been the greatest honor of my life,” LD begins.

“In researching this multi-faceted, multi-talented man, I discovered that there’s more to him than I ever could have imagined: He speaks six languages, brines his own pickles, and spearheads a national movement to install a bidet in every home. I’ve also been told from numerous sources that he is the most generous of lovers.”

Larry David concludes of Larry David, “I am so excited to once again transform into this force of nature. I only pray that I can do him justice.”

In the season 12 announcement, HBO’s Executive Vice President Amy Gravitt noted, “Larry outdoes himself season after season and always manages to come back when the audience needs him most.”

She said the network is thrilled all involved will “continue making us laugh and cringe in equal measure.”