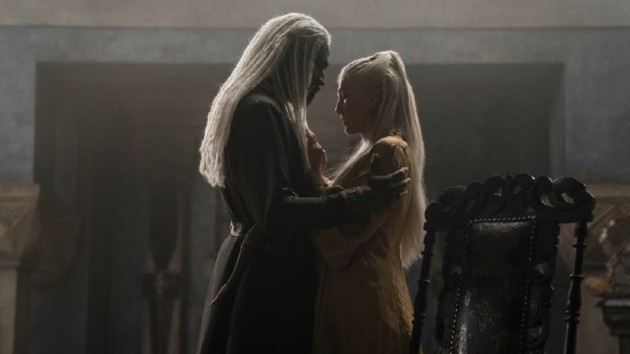 HBO released a new trailer for its anticipated HBO Max Game of Thrones prequel, House of the Dragon.

As reported, the show is based on George R.R. Martin‘s Fire & Blood book, set hundreds of years before the events of Game of Thrones, and is a deep dive into the history of GoT’s House Targaryen, ancestors of Game of Thrones’ tragic heroine, Daenerys Targaryen, who was played by Emilia Clarke.

The series centers on a brutal familial civil war that erupted over control of the legendary Iron Throne. The trailer begins with the families pledging their loyalty to Paddy Considine’s King Viserys Targaryen, and to his heir, Princess Rhaenyra, played by Emma D’Arcy.

But all is not what it seems. “Men would sooner put the realm to the torch than to see a woman ascend the Iron Throne, Eve Best‘s Rhaenys Targaryen warns.

To that end, we see battle formations and hand-to-hand combat, even between female members of the families.

House of the Dragon debuts August 21 on HBO.