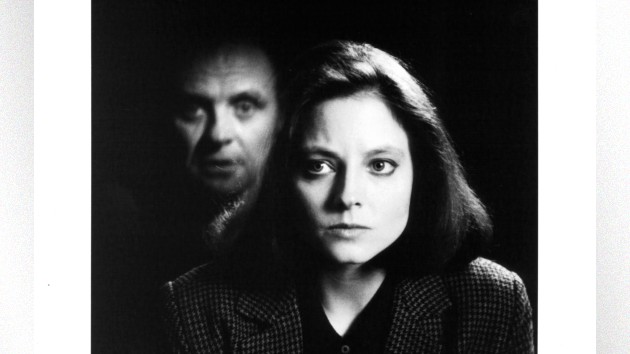 (LOS ANGELES) — Here’s a gloomy way to celebrate Valentine’s Day: watch The Silence of the Lambs.

Sunday marks the 30th anniversary of the thriller, which was based on the Thomas Harris novel of the same name and introduced the world to Anthony Hopkins’ take on Hannibal Lecter. Lecter was a brilliant psychiatrist turned cannibalistic serial killer to whom authorities, including Jodie Foster’s FBI trainee Clarice Starling, turned to track down another serial killer named Buffalo Bill.

The Silence of the Lambs won five Academy Awards, including best picture, best actor for Hopkins, best actress for Foster and best director for the late Jonathan Demme.  It also earned $130 million at the domestic box office, on a budget of $19 million, according to BoxOfficeMojo.com.

Hopkins went on to reprise the role of Lecter in 2001’s Hannibal and 2002’s Red Dragon. More recently, Lecter was played by Mads Mikkelsen in the NBC series Hannibal.

Foster and Hopkins reminisced about The Silence of the Lambs and reflected on the 30th anniversary in a Variety Actors on Actors virtual chat last month.  Hopkins admitted that when his agent first sent him the script to read, he was thrown off by the title, asking, “Is it a children’s story?”

Timed to the 30th anniversary of the Oscar-winning film, CBS on Thursday launched Clarice, a spin-off centering on the character, starring Pretty Little Liars’ Rebecca Breeds in the title role.