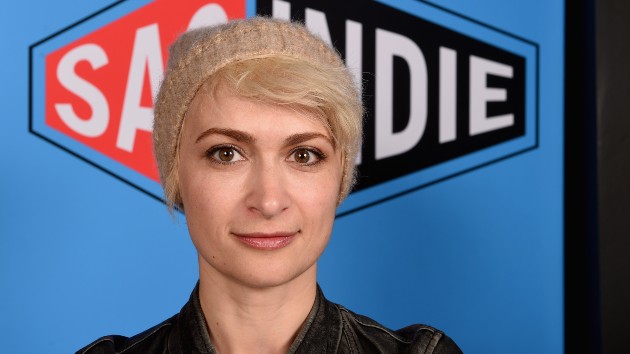 Halyna Hutchins, a well-admired cinematographer who was blazing a new path for women in her field, was killed Thursday in a tragic accident on the set of the film Rust in New Mexico.

Alec Baldwin fired the shot from the prop gun that left Hutchins dead and the film’s director, Joel Souza, injured. A source tells ABC News that Hutchins’ husband, Matthew Hutchins, spoke with Baldwin, who has been very supportive.  Meanwhile, colleagues rushed to social media to mourn the 42-year-old artist.

“I think she was going to be a very famous, very successful DP,” director Adam Egypt Mortimer, who worked with Hutchins on the 2020 film, Archenemy, told the Los Angeles Times. “She was showing people what she could do.”

Hutchins was remembered by colleagues for breaking barriers for women in Hollywood’s male-dominated cinematography sector. Fellow cinematographer Elle Schneider paid tribute to Hutchins on Twitter Friday, remembering her as a “friend and rockstar cinematographer.”

“Women cinematographers have historically been kept from genre film, and it seems especially cruel that one of the rising stars who was able to break through had her life cut short on the kind of project we’ve been fighting for,” Schneider wrote.

Joe Manganiello, who also worked with Hutchins on Archenemy, called the DP “an absolutely incredible talent and a great person.”

Hutchins was born in Ukraine and grew up on a “Soviet military base in the Arctic Circle surrounded by reindeer and nuclear submarines,” according to a biography on her website, which also says she began her career as an investigative journalist on documentary productions before moving to Los Angeles.

Sick and devastated to hear that my friend and rockstar cinematographer Halyna Hutchins was killed on set today in New Mexico. I don’t have words to describe this tragedy. I want answers. I want her family to somehow find peace among this horrific, horrific loss. pic.twitter.com/ElAQNMuQvR

Oscar-bound? Brendan Fraser scores another trophy for ‘The Whale’