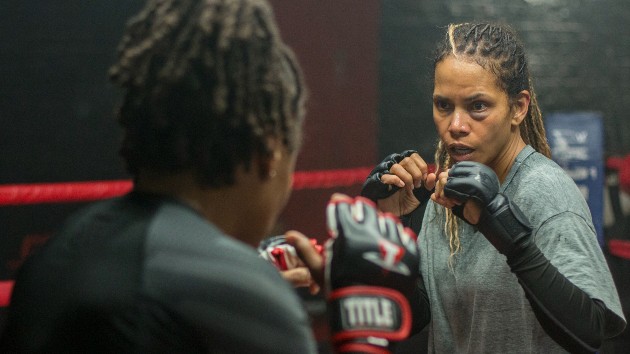 While ABC Audio previously reported Halle Berry broke two ribs trying to get her directorial debut Bruised to Netflix, the mixed martial arts film has now given her a headache — legally speaking.

Variety reports Cat Zingano, a 39-year-old former UFC fighter, claims to have been asked by Berry to appear in the film, but the 2019 shooting schedule conflicted with Zingano’s off-screen career.

“Zingano was torn between the significantly valuable career-advancing opportunity to fight for title contention, and the once-in-a-lifetime opportunity to be involved with Defendant Berry in a feature film about a character whose story so closely mirrored Zingano’s own life story,” the trade quotes the suit.

The fighter informed UFC she chose the film over the fight, and was cut from the league — and then the film. The suit claims Berry allegedly told Zingano that she could not appear in the film because only UFC fighters could participate.

Zingano alleges Berry then “cut off communication” with the fighter, according to the legal filing, which claims “promissory estoppel” — legalese for Berry allegedly going back on her word.

Reps for the Oscar-winning actress reportedly didn’t respond to Variety’s request for comment.

Bruised streams on Netflix in November.