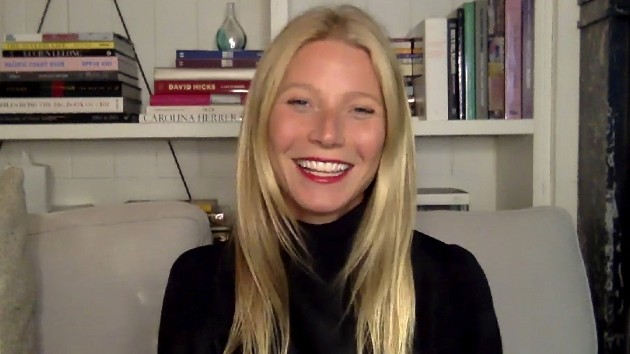 (LOS ANGELES) — Gwyneth Paltrow is looking back on the challenges she faced when marrying husband Brad Falchuk, saying one of the biggest hurdles was becoming a stepmom.

Falchuk, co-creator of Glee and American Horror Story, has two children from a previous marriage — Isabella and Brody, who are 14 and 12, respectively.

And while Paltrow now refers to the two as her “beautiful stepchildren,” that wasn’t always how she felt.  The actress recalled a time when she did nothing but panic over them — saying she had a near meltdown when it finally hit her that she was about to become a stepmother.

Speaking with fellow stepmom Gabrielle Union on The goop Podcast Tuesday, the Oscar winning actress said, “When I became a stepmother, when I knew I was going to become a stepmother, I was like, ‘S***, I have no idea how to do this.  There’s nothing to read!"”

Paltrow, 48, said she then began to panic over questions such as, “What do I do? Where do I step in? Where do I not? How do I do this?”

The Iron Man star said that she eventually figured it out, calling her big life adjustment “a really interesting challenge.”

“I love them and I’ve learned so much about myself through the process,” she added.

Besides Isabella and Brody, Paltrow is the mother of 14-year-old Apple and 12-year-old Moses, whom she shares with ex-husband Chris Martin.  She and the Coldplay frontman “consciously uncoupled” in March 2014.

Both have since moved onto new relationships, with Martin settling down with 50 Shades of Grey actress Dakota Johnson.