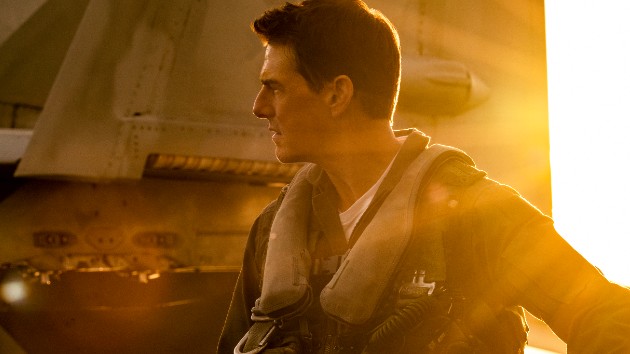 After a series of movie theater fly-bys, Top Gun: Maverick is finally coming in for a landing May 27, and Paramount Pictures has just debuted a new trailer to trigger your need for speed.

The pandemic-delayed movie once again sees Tom Cruise‘s Pete “Maverick” Mitchell in the cockpit, this time tasked with training a slate of young, hotshot pilots. “I’m not a teacher,” Maverick protests to a superior officer, played by Jon Hamm.

The request for Maverick to instruct the fliers was given by none other than Admiral Tom Kazansky — whom fans know as Val Kilmer‘s Iceman from the first film, and who has apparently advanced up the chain of command.

“Everyone in this room is the best there is. Who the hell are they gonna get to teach us?” asks Monica Barbero, playing “Phoenix.”

Maverick’s introduction to his cadre of students comes as he shocks them by shooting vertically up through their formation. “Good morning, aviators,” he teases from his F-18 Super Hornet. “This is your captain speaking.”

Apparently, Maverick’s training is needed before the fliers face a dangerous mission.

One of his students is Miles Teller, playing “Rooster,” the son of Anthony Edwards‘ Nick “Goose” Bradshaw, whose death in the first film haunted Maverick. “My dad believed in you. I’m not gonna make the same mistake,” he sneers.

Also appearing in the sneak peek is Oscar winner Jennifer Connolly, who plays Penny Benjamin, referenced as an admiral’s daughter and an off-camera fling in the first film.

Top Gun wowed audiences with its aerial camerawork, and the new trailer teases that the long-awaited follow-up also will not disappoint.