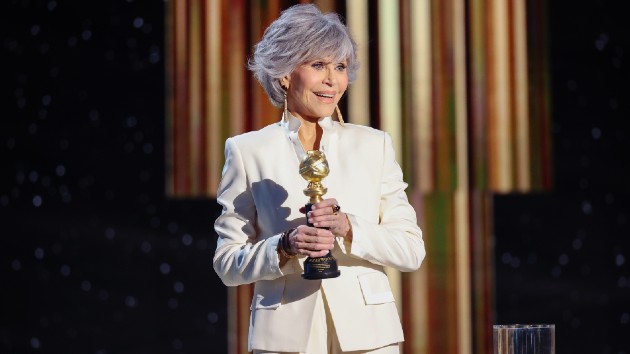 (LOS ANGELES) — Jane Fonda dazzled at the 2021 Golden Globes on Sunday as she accepted the Cecil B. DeMille Award — an award which recognizes the outstanding contributions to the world of entertainment.

After thanking the Hollywood Foreign Press Association for the honor, the 83-year-old actress, producer and political activist delivered an inspiring message touching on the state of the world today, including the importance of inclusivity and diversity in the industry.

Fonda urged that all different types be given a seat at the table, “so that everyone rises and everyone has a chance to be seen and heard.”

“Let’s be leaders,” she encouraged as she ended her speech.

Fonda has won seven Golden Globes over the course of her career, out of 15 nominations.