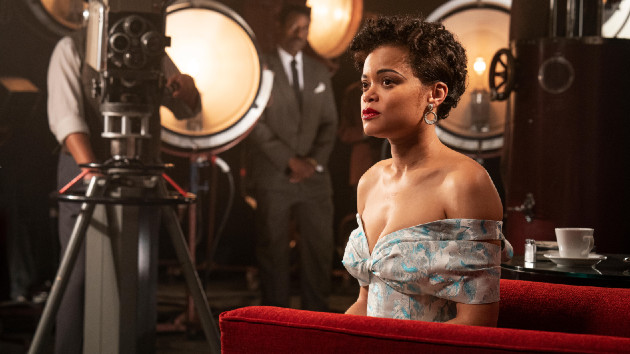 Considering her dramatic transformation in becoming the renowned Jazz singer Billie Holiday — which included a 40-pound-weight loss — Day tells ABC Audio that to be recognized in Hollywood for her portrayal would be “amazing.”

“It was a huge reward for me to be on set with [director] Lee Daniels, with Trevante [Rhodes], with Garrett Hedlund, with Tyler James Williams, with all of my cast,” she says. “These are gargantuan talents and people with even greater integrity. [So] it would be great. It would be such a blessing and I would be grateful for it.”

The “blessing” of winning didn’t take long for the “Rise Up” singer when she took home the Best Actress Award in a Motion Picture – Drama at Sunday night’s Golden Globes. Day says being honored for her moving depiction of Holiday makes her job as an actress all “worth it.”

Daniels quickly interjects, telling Day that they did honor Holiday’s legacy with the film.

“We did Andra, we did,” he notes. “And I think that the most important thing we did was that the truth was finally told.”

The United States vs Billie Holiday is available to stream on Hulu.