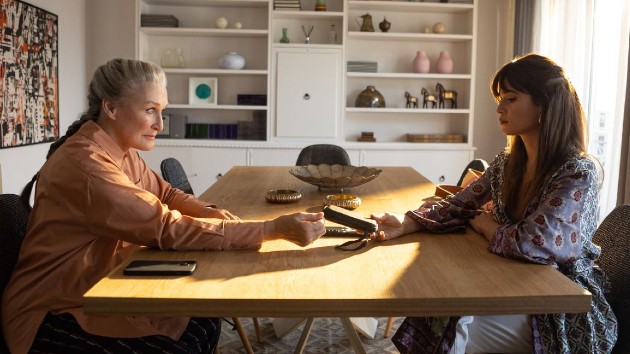 Season two of the Apple TV+ spy thriller Tehran debuts today, with Glenn Close joining the cast as a Western woman Western woman living in Iran who has “a lot of secrets,” which she tells ABC Audio is what attracted her to the character.

Another reason was the show’s multiculturalism, which she applauds Apple TV+ for giving a global platform.

“Well I think this show is really…pioneering the platform that Apple TV+ has created for shows that are not English speaking, coming from various countries, telling stories that only they can tell.”

Close says the most challenging part of the role was learning to speak Iran’s primary language, Farsi

“I wanted to be an American speaking perfect Farsi…And it’s a very tricky language,” she explains. “And because of the time I had in studying it, I never could think in Farsi, which is, I think, the final step. So it still was just a series of sounds. I started to be able to understand each word more. But then you have to get the intonation right and you have to get the tempo right.”

Series regular Niv Sultan plays Tamar Rabinyan, a Mossad hacker-agent whose failed mission to help destroy Iran’s nuclear reactor forces her to plan an operation that will place everyone dear to her in jeopardy. She tells ABC Audio that she felt more pressure heading into the show’s second season.

“After first season, we had expectations, we felt like the audience has expectations,” she says. “We had Glenn Close on board. So everything I can say, everything was much more stressful but exciting as well.”