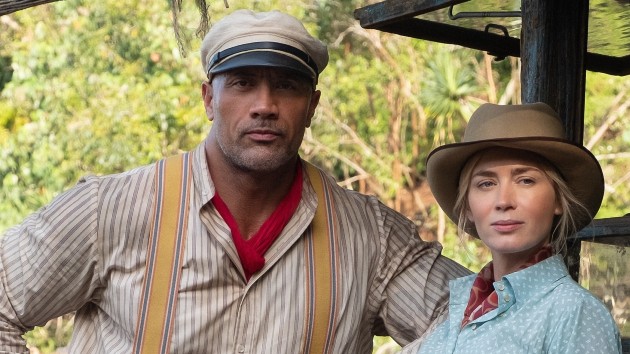 Friday, the pandemic-delayed adaptation of the Disney parks ride Jungle Cruise finally sails into theaters. In the movie, Dwayne “The Rock” Johnson plays a wisecracking riverboat captain chartered to take an adventurous scientist, played by Emily Blunt, down a dangerous river to find a mysterious tree that possesses powerful healing properties.

For Johnson, who co-produced the film with his Seven Bucks company, the film was a chance to stroll down memory lane. “I had ridden the ride when I was a kid. Many moons later, I went to Disney World for the first time and rode the ride then too, as well,” Johnson said at a recent press event. “So it had a nostalgic element to it when it was first presented to me. But also, you know, really the opportunity that we had that we could create something that was hopefully unique and special.”

Johnson, an avowed Disney fan — and a veteran of the hit Disney/Pixar film Moana — explained, “You hope to get lucky in a career where you have an opportunity like this, where you can make a movie that’s based off an iconic ride, that’s beloved with the most trusted brand in the world when it comes to family and delivering entertainment.”

Johnson praised Jungle Cruise’s director Jaume Collet-Serra for adapting a theme park ride into a big-screen one — and liked his work so much that he tapped him to call the shots on Johnson’s upcoming DC Comics-based film Black Adam, which just wrapped production.