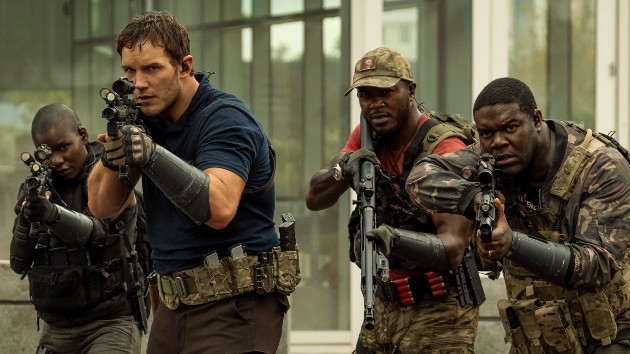 Amazon has just released a teaser for the film, which has the Marvel movie superhero and Jurassic World dino handler facing off against an alien threat that devastates earth 30 years in the future.

The alien menace goes largely unseen in the tease, save for a single blink-and-you’ll-miss-it frame, as Pratt and a band of humans hunt them in a destroyed office building. Instead, we’re treated to shots of explosions and cities laid waste, as heavily armed human survivors, including Pratt, stalk through the streets.