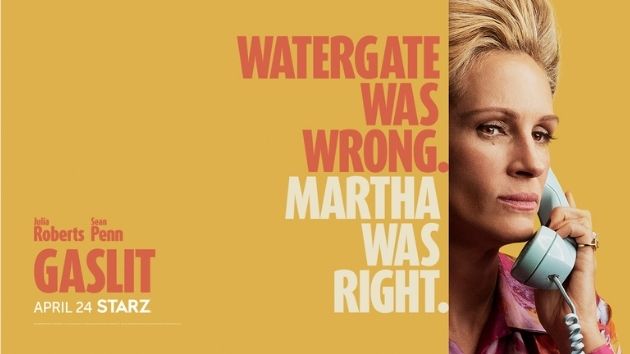 The new Starz series Gaslit, debuting Sunday, hopes to shine a lot more light on the lives of the major players in the Watergate scandal. Series creator Robbie Pickering tells ABC Audio he wanted to explore the humanity, and motivations, of those who were involved in the break-in that brought down Richard Nixon.

“The villains were a lot more relatable and warm and kind of bumbling than you think. And the heroes were also, they were more complex and bumbling and selfish than they’ve been portrayed,” says Pickerling. “And I really wasn’t interested in telling a story about the events of Watergate, as much as the emotional messes that went into this scandal and that actually go into all these scandals.”

The Downton Abbey star says even though the film deals with something that happened 50 years ago, the massage still rings true today.

“This kind of level of corruption on any scale and the spectrum of personality types that are kind of drawn to this kind of misdemeanor in an effort to gain power, to stay with power, you know, to creep ever closer to the inner circle kind of applies to any administration in any era,” he explains.