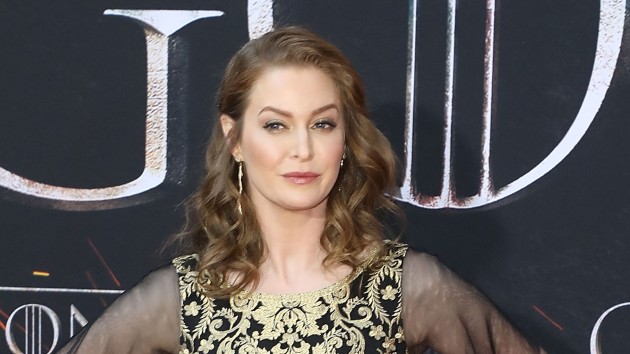 In an interview with ABC News, Bianco claims that Manson “psychologically, physically and sexually abused” her during their three-year relationship.

“I was coerced, I was defrauded, I was transported from the U.K. to the U.S., I was harbored, and then I was coerced into involuntarily servitude, which included sexual abuse and physical abuse,” says Bianco, who played Ros on Game of Thrones.

Bianco’s lawyer tells ABC News that she was interviewed by FBI agents in Los Angeles last week. The FBI did not confirm or deny that Manson himself was under active investigation.

Bianco’s allegations come after actress Evan Rachel Wood posted on February 1 that Manson had “horrifically abused [her] for years.” Several women have since followed with similar accusations.

Bianco first met Manson in 2005 through his then-fiancée, Dita Von Teese. “I was a big Marilyn Manson fan as a teenager,” Bianco says. “I just thought, wow, what a dream come true.”

They kept in touch after Manson’s relationship with Von Tesse ended. In 2009, Bianco says Manson invited her to Los Angeles to star in a video for his song “I Want to Kill You Like They Do in the Movies.”  When Bianco arrived, she says she realized that there wasn’t any film crew present. Instead, Manson said they were going to make the video themselves.

“I was kept in his home for three days,” Bianco claimed. “I was given nothing to eat, he gave me drugs and alcohol, and I essentially was not allowed to leave.”

Bianco also alleges that Manson physically abused her during this time, including beating her with a whip and shocking her with a sex toy. She says that at the time, she thought they were making “art,” but has since come to realize that she was “so brainwashed into thinking that was anything but abuse.”

Their relationship continued for several years, during which Bianco alleges Manson would hide his abuse within sexual acts, such as non-consensual biting, and would parade her in front of his friends and show off the bruises he gave her.

The breaking point came when Manson allegedly started smashing the walls in their apartment with an ax.  “I tried to calm him down, and then he started chasing me with the ax,” Bianco says. “At that point, I thought, he’s going to kill me.”

Bianco adds that she hopes speaking up will “give strength” to other survivors of abuse.

“I want people who are in this situation right now to know they’re not alone and that it’s not their fault,” she says.