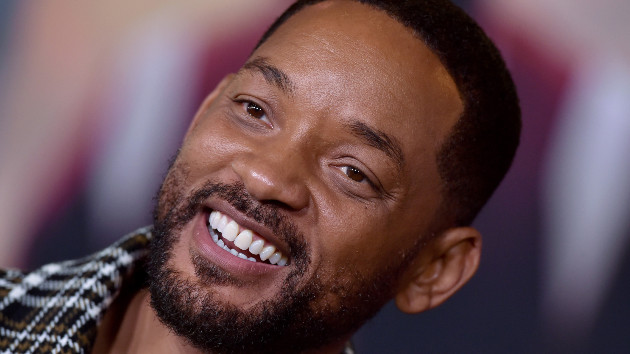 Bel-Air has found its Fresh Prince.

Peacock revealed in an announcement video on Tuesday that they have tapped newcomer and West Philadelphia native Jabari Banks to play the role of Will in the forthcoming The Fresh Prince of Bel-Air reboot, Bel-Air. Original Will and Fresh Prince star Will Smith surprised Banks in the video, sharing the news of his casting. As previously reported, the hourlong series is a reimagining of the ‘90s sitcom as a drama series. It is based on a viral YouTube trailer created by writer Morgan Cooper that explores Will’s “complicated journey from the streets of West Philadelphia to the gated mansions of Bel-Air.” Additional casting has yet to be announced.

In other news, Starz has announced additional casting for the second season of Power Book III: Raising Kanan. LeToya Luckett, Omar Dorsey, Krystal Joy Brown and Paulina Singer have all been tapped for recurring roles. Luckett will play Kenya, Jukebox’s mother who comes back into her life; Dorsey a charismatic businessman named Cartier “Duns” Fareed; Brown will play Marvin’s anger management therapist, Renée Timmons; and Singer will star as Zisa, an up-and-coming singer looking to make a name for herself. A season two premiere date for Raising Kanan has yet to be announced.

Finally, Paramount+ has unveiled a Thursday, November 11 premiere date for their The Game reboot. During the Television Critics Association virtual presentation on Tuesday, Paramount+ shared that Tim Daly and Toby Sandeman have also been added to the cast. Meanwhile, fan favorite Coby Bell will make a special appearance in his original role as former footballer Jason Pitts. As previously reported, the new series is set in Las Vegas and centers on a “modern-day examination of Black culture through the prism of pro football.”