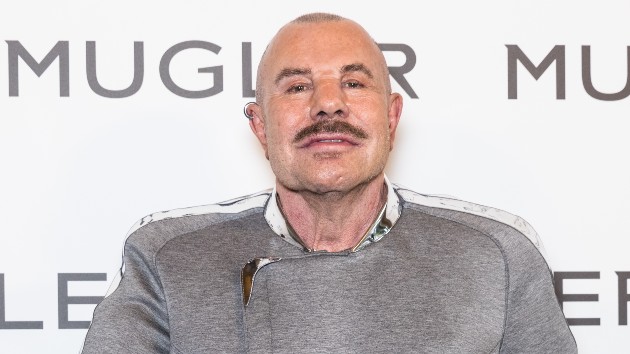 French fashion designer Manfred Thierry Mugler has died, a statement on his official Instagram account confirmed Sunday. He was 73.

The cause of his death was not disclosed.

Mugler was known for his adventurous, theatrical designs, which have been worn by supermodels, Hollywood royalty and fashionistas all around the world.

“Fashion visionary and one of the most influential and admired designers of his generation Manfred Thierry Mugler passed away today,” the CFDA tweeted, along with a photo of supermodel Iman wearing one of Mugler’s designs on the runway.

“Gone to soon … God of fashion .. a rarely REAL, kindness , sweetest .. u ll be always missed by your Russian…,” model Irina Shayk wrote in an Instagram post, alongside a photo of herself with Mugler.

Mugler was born in Strasbourg, France, in 1948. While he was always interested in design, he was also passionate about classical dance, theater and cinema, and practiced ballet. His love of fantasy and Hollywood drama carried into his couture designs, making him an international sensation.

It was in the 1980s and 1990s when his career truly thrived, though in recent years, several of his inventive designs caused shockwaves on the red carpet. In 2019, he was responsible for Kim Kardashian‘s “wet look” dress for the Met Gala, and that same year dressed Cardi B in a pink and black “stormy Venus” dress for the Grammy Awards.

He was also an author and artist. In 1988, his book of photography hit the stands, and 10 years later, he published Thierry Mugler: Fashion Fetish Fantasy, which offers an overview of his work as a designer and creator.

‘Everything Everywhere All at Once’ leads nominations for 95th Academy Awards