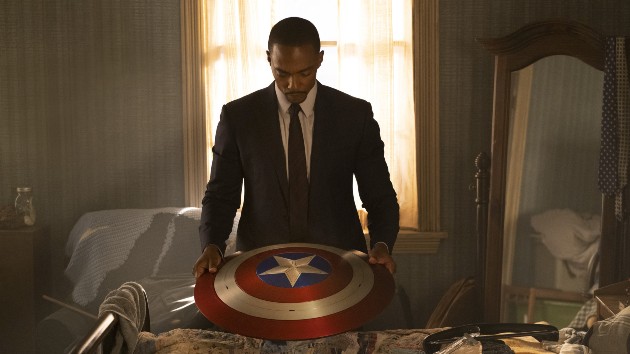 On the same day that The Falcon and the Winter Soldier’s finale dropped on Disney+ comes news Marvel Studios is pursuing a fourth Captain America film for the big screen.

There’s nothing official from Marvel Studios, as usual, but The Hollywood Reporter says that Malcolm Spellman, the creator and head writer of the Disney+ hit is penning the project, along with one of the staff writers on the show, Dalan Musson.

The series dealt with the gravity of Anthony Mackie‘s Sam Wilson taking up the spangly shield and mantle given to him by Chris Evans‘ Steve Rogers in the close of Avengers: Endgame; it also saw the rise and fall of Wyatt Evans‘ John Walker, the blonde-haired, blue-eyed man that the government thought should carry on the Captain America brand.

Wilson eventually came to terms with the “complicated” legacy of the legendary shield and title, as a Black man in America today — and it’s likely a film will continue from there, given the success of the show and the acclaim it received dealing with weighty issues of race and identity.