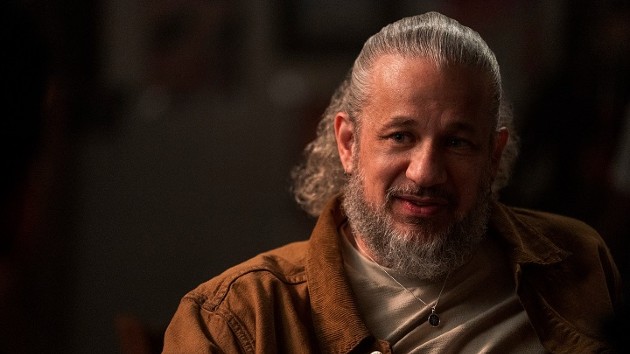 Character actor and acting coach Joseph Reitman has been seen in hit movies like A Perfect Storm and shows including The Punisher. Now he’s in Netflix’s new hit vampire show First Kill.

In the latter, he plays Clayton, a grizzled vampire hunter. “I used to play guys who were like, ‘What are you going to do about it?!’ And now I’m like, ‘Hey, you know, there’s a better way,"” he tells ABC Audio with a laugh.

“And Clayton is a guy who definitely has been through … the wringer. He’s suffered. And he has not found peace or happiness in any way. And he still is trying to find a way to .. .fill this hole in his heart from a loss that he had years ago. So it was a lot of fun.”

But in a career of playing tough guys — and in The Punisher’s case, a guy named Creepy Ed — Reitman found a new audience, thanks to a Georgia home search that ended up on an episode of House Hunters.

“It’s weird because I usually have someone walk up to me and, I can tell what you’ve watched … like, you know, whether you’ve seen The Punisher or Happy or whatever. But to have, like, 60-year-old women come up and be like, ‘Excuse me, I just want to say I love your house,’ … That was really the most humorous thing of the whole thing.

“It’s like this demographic that normally doesn’t talk to me was coming up and saying hi,” he laughs.

Any House Hunters watcher could tell, Reitman is an acting teacher, as well, and he explains he was asked to work with some of his young First Kill co-stars. He calls working with young actors is “one of the greatest joys” he has.