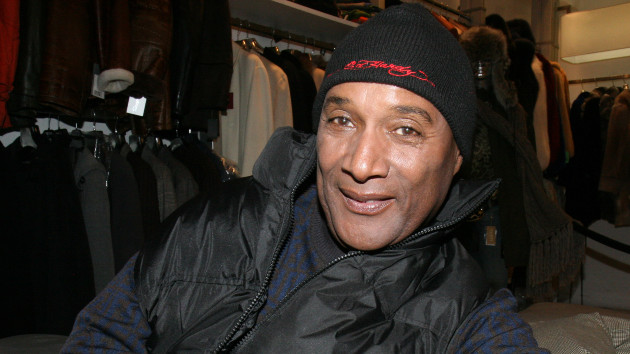 Fans and celebrities alike are mourning the loss of legendary comedian and writer Paul Mooney who passed away on Wednesday after suffering a heart attack. He was 79.

“Awww…. RIP comedy legend Paul Mooney! You were both funny and poignant,” she tweeted. “So happy to have witnessed your genius live. Rest well!!! Pour down some laughter here. We need it.”

Ava DuVernay referred to Mooney as a “comedy giant” in her tribute. “I recall listening to his RACE album in college and how formative it was. Yeah, the jokes. But more so, the freedom,” she wrote. “He spoke freely and fearlessly about feelings and experiences others found difficult to express. May he be truly free now. Rest, sir.”

Meanwhile, comedians Lil Rel, W. Kamau Bell and D.L Hughley also shared some of their fondest memories of Mooney, who was often referred to as the Godfather of Comedy.

“One of the greatest to ever do it,” Rel wrote, sharing an Instagram video of a Mooney skit. “I sometimes go online just to watch clips. RIP to the Great Paul Mooney!!!”

“I was lucky enough to open for Paul Mooney several times. It was a master class,” recalled Bell in a tweet. “It was like a Malcolm X speech that had been punched up by Redd Foxx & then in the middle of everything he’d go off on a tangent about Jane Fonda. He was 1 of the greats.”

“NOTHING LESS THAN ICONIC,” Hughley shared on Instagram. “Just KNOW… if that head was tilted to the side, lips pursed, and hands together holding that mic, YOU WERE ABOUT TO WITNESS SOME HILARIOUS TRUTH AND THE ART OF COMEDY…. ONE OF THE GREATS.”